Talk about pretty much anything.

Hi and welcome to Lucario Forum. Home of the new RPG Lucario Forum Adventure. If this is your first time I suggest reading the rules. They are located if you click on home at the top, then click on rules. There you can read and obey them.
All RPGs are temporarily closed. They will stay closed until either people sign up for them and the respective owners allow them to start again, or until they are removed.
Rules Updated

The rules have received a massive remodeling today.

Most active topics
Latest topics
» King of the Hill

The End?
Note- before you read this fic, none of it is based off of any religion, it just helps to have one made up to explain what happens in it.Also, some chapters might have a quote from a christian/Christmas song at the beginning. This is because while I'm typing it, I listen to christian songs. Also, some of the characters are named after people in the Bible. This doesn't mean that they do anything similar to what they do in the Bible. Some might, but not that often. Also, most of them aren't really related the way I have them related in this story. So don't use this as an excuse not to read it.

Prologue:I Surrender
It all started years ago, when I ate that pie. It was my sister's pie, but it was so tempting.

I thought about that for a couple minutes.

"Maybe just one more piece," I said, after finishing the first.

I kept eating more and more of the pie.

"I'll have another half," I thought, as I took the last bite of the pie.

"That was my pie!" My sister, Regice, yelled at the top of her lungs, as she walked into the house.

I noticed that I had eaten the whole pie.

"Really? I'm going to check before you leave the room," she said, in her normal, cute
voice.

As soon as she opened the fridge I ran out of the house, to find it was cold. I tried to
go inside to get some money for a ride down to Earth, but the door wouldn't budge.

"You lied!" my sister yelled, as she came out the side door.

She ran towards me, and by the time she got to where I was, I ran towards the side
door. It was stuck too.

"Ha, ha, ha, I have you now!" my sister boomed, chasing me towards the street of gold.

I ran to all the doors around the house. All of them were stuck. I started running away
from our house, towards the road.

"Youe can't get away that easily!" my sister yelled, as she lifted her arms
and a huge pillar of ice appeared in front of me.

"What?" I said confused. "How did that get there?"

"Ha, ha, ha, my dear brother, Registeel, you forget, we are on Mount Impossible!" my sister yelled.

"Oh, yeah," I said. "And I am too weak to fight back, after that great battle I had with our mother, Suicune."

"Yes, mommy was mad at you for eating her pie, not mine!" my sister boomed.

I tried running around the ice as I talked, trying to get to Shaymin, a good friend of mine.

"I remember that battle, she shot water all over you, and then a couple minutes after that, I froze you!" my sister yelled, laughing. "I should have kept you frozen more than one hundred years."

She froze me solid.

Right before the ice covered my head, I said, "I don't want frozen again."

Now, I'm stuck in Regice's ice palace, where I'm in the dungeon, with nothing but my body, a towel glued around my waist, and ice hand and feet cuffs that keep me in the air, hanging from the wall. I was forced to drink a mysterious liquid, which rendered me unable to use any powers except for punching and kicking, and I have no hope left for any of the world because of what is supposed to happen next.


note-before reading chapter 1, realize that it is still told by Registeel, but involves different people. There will be some points throughout the story that Registeel says things such as, "Oh, why did I have to eat that last piece of pie?" 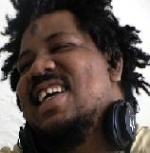